The different species of the Lynx out there are often defined by where they are distributed. The Canadian Lynx for example is mainly found in Canada. It may surprise you though to learn they also live in some areas of Alaska. They have also been noted to live in the Mountain areas of Colorado.

They are found scattered in many regions including Asia, North America, and Europe. Many people mistakenly assume that the Lynx also lives in Arabia. There is a type called the Desert Lynx or Caracal but they don’t fall into this same genus.

The Lynx is found living in regions where the altitude is very high. They look for regions that offer them plenty of brush, shrubs, and tall grasses. They tend to stick to areas that are cooler and snowy. The fact that their feet are designed to work as natural snowshoes makes this an ideal location for them to be in the wild.

They can be found in the North wondering through the tundra areas where there are some trees. In the South they are located throughout the forests and the open areas of the prairie. There are areas of North Dakota where they have no seen lynxes in the Turtle Mountain region since the late 1960s.

It is believed that the versatility of the Lynx to live in an array of different environments has been key to it surviving for so many millions of years. Yet the actions of humans is a prime factor that is making it very hard for them to continue with a large enough number to be out of danger. As their habitat is taken from them the distribution becomes a problem.

The natural habitat of the Lynx continues to be depleted at an alarming rate. There are humans that want to take over that land in the hopes of using it for their own needs. Homes and businesses for people continue to move closer and closer to the natural environment of many animals.

They have to scatter out or their numbers drop. Many of these animals are the ones that the Lynx uses as a source of food. When they are limited it means these animals have to continue to try to find more of them. They also can to suffer from starvation and other factors. 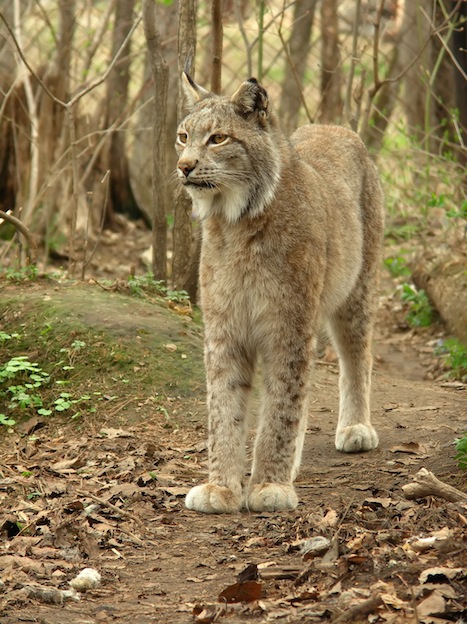 Humans continue to hunt the Lynx too even though it is illegal in many areas. They are considered to be a threat as well as a nuisance to many humans. Therefore they want to wipe them out before they can do any damages. They have concerns about their own pets and livestock becoming meals for the Lynx.

Today there are many conservation efforts in place that strive to help them. However, there is a great deal of resistance that continues. For the most part many humans just doesn’t see the value of the Lynx. They destroy the environment without thinking twice for their own use of it. This includes clearing out the forest so that they are able to continue with logging and other sources of making money.

The Lynx does seem to do very well in captivity as long as they have plenty of room to move around. The environment in a zoo setting often offers them plenty of trees, rocks, and grass areas. There will only be one or two of them at a time though so that they aren’t stressed over shared space. Those that are born in captivity do better than those removed from a natural habitat.