It may seem hard to believe that your loving domestic cat is related distantly to the cats of the wild. The domestic cat has been part of households for more than 4,000 years. The ancient Egyptians loved them and many people were buried with their cat from that time period. They size and coloring of the domestic cat depends on the subspecies and the breed. It also depends on the location and the type of diet that is offered.

The domestic cat typically has a long and lean body. They have very long tails. You may find some that are quite round due to the fact that they have been overfeed by their human owners. They have small skulls and very tiny teeth. They are fast and agile animals with the ability to climb and to jump.

They can have sharp claws which is why many owners have those that live indoors declawed by a veterinarian but that’s incorrect and is against their nature. With very good vision and hearing the domestic cat is easily able to recognize what is going on in its surroundings. Retreating is very common when they sense fear.

The domestic cat is able to live just about anywhere. They do well in all types of climates. Some of them are indoor cats and others live outdoors. There are many owners that allow them to come in and out at their leisure. These animals have the freedom to roam and to explore.

Not all domestic cats have a home though. In many communities there is a problem with a large number of them roaming around freely. They scavenge for food and they find various areas that they can use for shelter. The risk of disease is very high among such populations with is why many are worried about it.

Many say that the domestic cat has the life that we all dream of. Someone to wait on them, the ability to be alone as much as possible, and relaxing. Most domestic cats are very independent and they spend a great deal of time relaxing in the sunlight or napping. They are very playful as kittens but as they get older that need seems to disappear. They often purr which is a sound that their owners come to take as meaning they are very relaxed.

The domestic cat is the only member of the feline family that doesn’t survive only on meat that it hunts. Still, the instinct is there. Many domestic cat owners have found them to capture mice or birds. In fact, many people have their beloved cats around to help reduce the chances of them experiencing problems with rodents.

The diet of a cat can vary significantly. Many of the foods offered do  have some forms of meat in them. There are wet and dry cat foods out there that are variable. Owners often find that they need to try out various foods though before they get one that their cat will like. They can be very finicky and turn up their noses and not touch something they aren’t happy with. 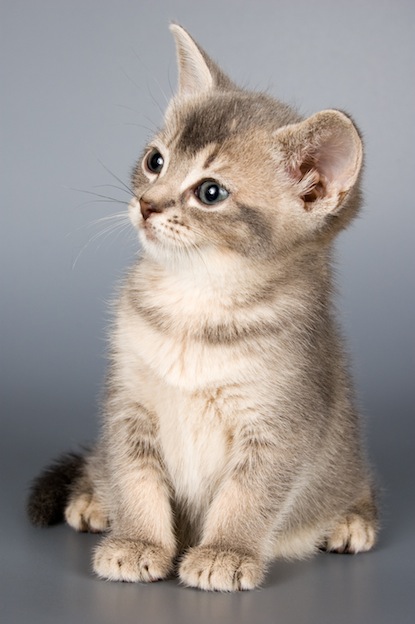 Mating can occur for the domestic cat at any time of the year. The females will give birth about 60-67 days after mating. The litter can have up to 5 kittens in it. The young are weaned at about 6 weeks of age. The typical female can have up to 3 litters of kittens per year.

The lifespan of the domestic cat can range significantly. Some of them only life a couple of years due to injuries or disease. Those that have loving owners that attend to their needs can easily live for 15 years. The genetic profile of a cat though often determines the quality of life. Many of them have a tendency to suffer from ailments including arthritis, loss of hearing, or loss of sight.

It may surprise you to learn that the domestic cat is one of the most popular pet in the United States. They are more common than dogs due to the fact that they are easier to take care of. Many owners love the loyalty from their cat and the fact that they don’t make lots of noise. There aren’t any conservation efforts in place for this type of feline at this time.

In fact, there are plenty of organizations that continue to educate about the importance of having domestic cats neutered. There is an abundance of them out there that end up being strays or that are in shelters because there isn’t a home for them.