There isn’t a set season for mating to occur with the Leopard. However, during the period of time when there is rain and more food they are more likely to do so. The female can go into estrus in cycles that last for about 7 days. During that period of time she will give off very strong odors. She will also make loud calls to males and they will be driven to find her.

The male Leopards go to great lengths and travel long distances to be able to mate. They often have to fight with each other though for the ability to take part in it. The pair often stay with each other for several days. They may even hunt as a team and share the rewards. They will mate several times over the course of those days with each other. The male will rest from his journey to mate and have strength to go back to his natural environment.

Once mating has been a success the female will carry the young in her body for about 90 to 100 days. When her cubs arrive they will be born in a den or cave. She can have up to four at a time. They are extremely small at birth but will grow quickly.

The survival rate for the young Leopard cubs is about 50%. When she has four of them it can be very hard for her to be able to feed all of them. They will often fight among themselves and the strongest few will survive. If food is extremely scarce there may only be one of the cubs that gets any of it.

The young cubs will only spend a few weeks in a location. Then their mother will move them again. She does this to prevent the scent of her young from attracting predators. The fact that she has to leave them alone while she hunts for food puts them at risk. She does all she can to keep them safe. She will fight to her own death while moving them should a predator try to get to them.

The young Leopards are taught a great deal about hunting and survival by their mother. This begins at just a couple of months old. When they are about three months of age they begin assisting her with hunts. They also wrestle all the time among themselves. These efforts often help to establish a type of hierarchy for them among the sibling group. 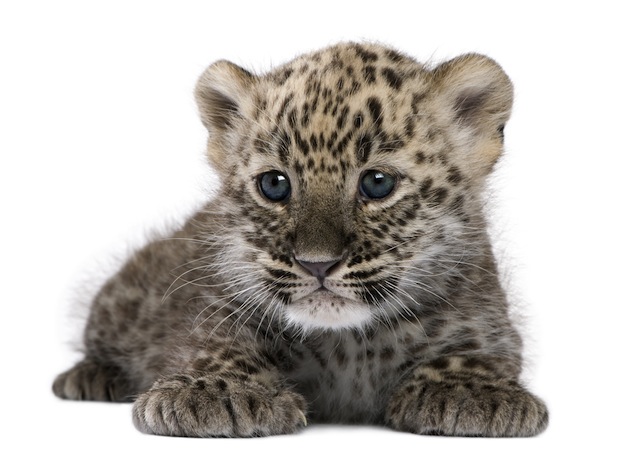 By the time a young Leopard is about 10 months old it has the skills and the strength to care for itself. However, it will remain with its mother until it is from 18 months to 24 months of age. This can help it to survive due to not having to find its own territory for hunting at such a young age.

There are studies that show the maternal bond is very strong for the Leopard. Recognition does occur for a mother and her young offspring when they see each other later on. Usually the females will have a closer territory so they can overlap often. The males though will be moving along much further away due to the fact that bigger and stronger males are already residing in the areas close by.