The Eurasian Lynx is a medium sized feline and it is the biggest of all the Lynx species. They weigh from 20 to 66 pounds. The males are usually about 10 pounds heavier than the females. The tail is shorter than most felines and it has a black tip. The body is tan with areas of black markings as well as some white areas. The coat gets thicker in the winter and them thins out for the warmer times of the year.

The power of the Eurasian Lynx comes from its legs. Their paws are very large with webbing between the toes. These paws are very similar to how snowshoes are used by humans. Their bodies allow them the ability to jump and to pounce. Such movements make hunting easier. They also help them to avoid predators.

You will find the Eurasian Lynx living in the forest regions of Siberia and Asia. In recent years there have been efforts in place to reintroduce it to the area of Western Europe. They tend to stay around ledges and rocks where they can survey their surroundings. Such an environment also allows them to jump onto prey.

In the past it was believed that the Eurasian Lynx wasn’t able to vocalize. However, after some careful observations it has been noted that they can make a variety of sounds. They tend to reserve them though for mating and for raising their young. These sounds include meowing, hissing, growling, and purring.

There are plenty of different food sources out there for the Eurasian Lynx to consider. They include rodents, rabbits, fox, deer, and even wild boars. They tend to stick with smaller prey though. It takes less energy to get them and there isn’t a risk of them being injured in the process. However, they will take down larger prey and eat it for several days.

They don’t mind eating the remains that other predators have chosen to avoid either. On average they need to eat about 4 ½ pounds of meat per day. They do have great hearing so even in the cold winter they can hear movements of small prey under the snow. Most of their hunting takes place at night. However, they have been known to also hunt during daylight hours. 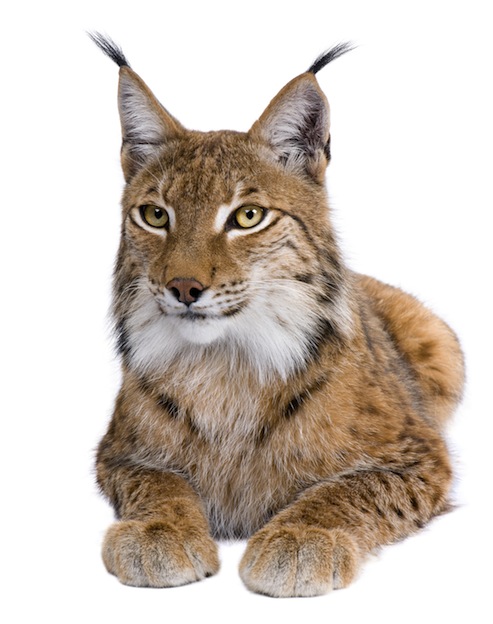 There is a long mating period for the Eurasian Lynx, spanning from January until April. The young arrive about 67-74 days later. Each litter can have from one to four kittens that are very small and that are blind for the first few weeks of life.

The Eurasian Lynx isn’t at risk of extinction at this point in time. Still, conservation groups do want to raise awareness about protecting the natural habitat of these animals. One of the programs they have been heavily involved in is the program for getting these animals back into the area of Western Europe. They were completely wiped out of there in the past but there is hope they will be able to survive there once again.