Lion Mating and Care of Young

There isn’t a mating season for the Lion but when there is plenty of food it is more likely to occur. The females are ready for mating when they are about four years of age. The males are mature about three-five years old. When the female is in estrus she may mate with the male more than 20 times per day. They may not even eat during this period of time. Due to so much activity it is very often going to result in conception.

Approximately 110 days later she will have her cubs – anywhere from 1 to 4 of them. She will give birth to them in a den away from the rest of her pride. She will stay very close to the den and only hunt very small prey that she can take down on her own. This food will offer her the ability to continue producing milk for the young to consume.

The mother is going to move the young to a new den every couple of weeks. She will move them one at a time, carrying them by the nape of the neck. If she allows them to remain in one den too long their scent can attract predators. When these cubs are about 7 weeks old she will take them to be introduced to the rest of the pride. 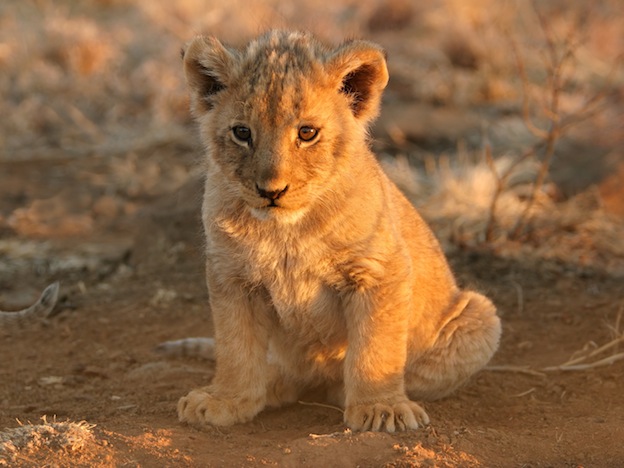 There is likely to be several females that will give birth around the same time. They will bring their young into the area within a few days of each other. The young cubs are weaned from their mother’s milk when they are about six months old. Approximately 80% of the young will die before they are two years of age. Should another male come into pride when there is young and he takes reign, he will kill all of the young that are already there. This is to make room for him to mate and to create his own offspring with the females in the pride.

The young Lion cubs are born with black spots on them. As they get older though those spots will completely disappear. When they are about three months old they will have to stark practicing their stalking behavior. This is often coordinated with the adult females. They want their young to have the right skills they need to be able to successfully hunt when they get older. They won’t actually be part of the hunting team though until they are a year old. 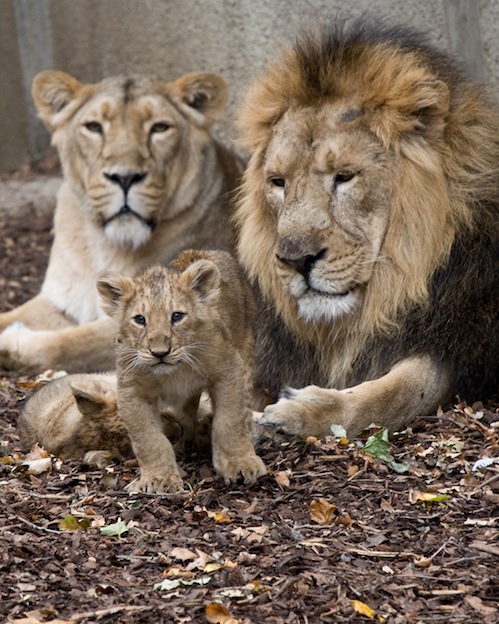 One of the benefits of the Lions living in a pride is that they can help with the care of the young. It has been observed that while some of the females go offer to hunt for food others will stay behind to protect the young. This is something they may have to do in order to protect them from the males of the pride too. Killing the young is common by them as they don’t want to have the threat of more males. They also know the females will mate sooner if they don’t have cubs.

The Lion has been found to mate with other felines in the wild, creating some interesting hybrids. The Tiger is the one that they most often mate with, including the Bengal Tiger and the Siberian Tiger. This are called Ligers and Tiglons. In controlled settings they have been mated with Leopards with the offspring called Leopons. They have also mated with Jaguars and those are referred to as Jaglions.

For Lions that live in the wild, the average life span is 15 to 18 years. However, in captivity they can live up to 30 years. The females tend to live longer due to the fact that the males often sustain injuries from fighting with each other for dominance.