The sub Sahara terrain of Africa and Asia is where you will find the Lion. They live among the savannah and the grasslands, often in areas where it is extremely dry and hot for most of the year. Sometimes though they do live among bushy regions and even at the lower areas of the mountains. They may have to move to areas that aren’t normal for them in order to survive when food sources are low and habitat is taken from them.

They typically won’t live in dense forest regions due to the fact that there isn’t enough for them to feed on. However, males and females that aren’t with a pride may be living in such locations. There they can find enough smaller prey for themselves and they can survive. It isn’t often that they will hunt for larger prey alone as that is more of a typical behavior in a group effort setting.

In many areas they Lion has had to shift its locations. This has resulted in it being found in places that it never lived before. When the animals that they feed on are shifting to new environments though they have no choice but to follow them. Without such food sources there is absolutely no way that they can survive in the wild.

One of the biggest reasons why the future for the Lion is so uncertain is due to the fact that their habitat continues to be taken away from them. In many areas where they still live they have to travel great distances to be able to find food. It may have once been readily available to them in those locations but the efforts of humans make it very hard for that to be the situation today.

Another problem is that the Lion is susceptible to tapeworms in their natural habitat. It is believed that the parasites develop from the meat of the Antelope that they consume. There are many different viruses that they are vulnerable to developing too and these issues can all take a very serious toll on the health of the Lion in their natural habitat. 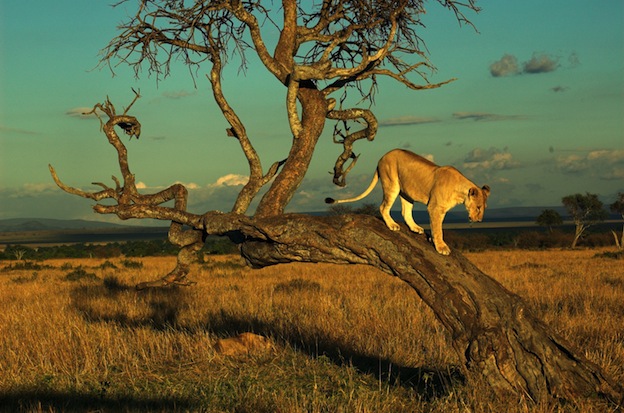 The future for the Lion is very uncertain that this point in time. This has to do with the fact that they continue to have less and less room. The Lion isn’t nearly as adaptable to changes in their habitat as many other types of felines are. For example they don’t do well in cold areas or the higher mountain terrain. As a result it can significantly reduce the ability that they have to get their basic needs met.

When the habitat of one pride overlaps with that of another it can result in the two of them fighting. If one of the males that is leading the winning pride wants to he can take over the females in the second one as well. Experts do show that the number of Lions in a pride have reduced over time. This is thought to be in correlation with the fact that there isn’t enough habitat for larger prides to survive.

The Lion is one feline that seems to do fairly well in captivity. However, there has been extensive research in this area to make that happen. For example they used to be kept solitary in very small cages. They didn’t do well in such an environment. This is due to the fact that the Lion is social and it likes to move about. Once zoos and sanctuaries starting creating enclosures that offer them space and the companionship they crave these felines did much better in captivity.