After successful mating has taken place the female will carry the young in her body for about 90 days. She will find a place to use as a den so that they can be well protected when they are born. These young are very vulnerable at birth due to being blind and birth. The instinctively are able to find their mother’s body for warmth and for milk.

The young Cougars are called kittens and they will be well cared for by their mothers. She may have from 1 to 6 of them at a time. She is extremely protective of them and will fight off huge predators including Black Bears. They will be weaned from the milk when they are about 3 months of age. 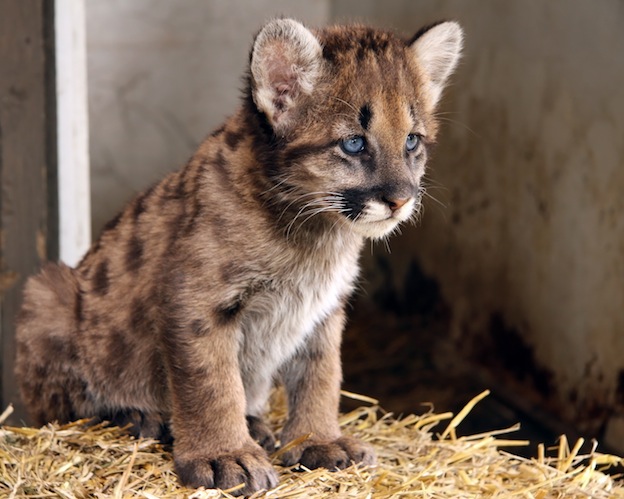 Then they will venture out with their mother for play and for learning. They often rough house with each other as a way to get stronger and to determine their own dominance among the siblings. That ranking is important because if food is in short supply the strongest and highest ranking are the ones that will get the food that is available.

It can be extremely difficult for a mother Cougar to constantly hunt enough food for her young. When they are about 6 months old they will start assisting her with the hunt. This helps to reduce that burden on her. It also helps to ensure the young will have the necessary skills they need to hunt on their own later in life.

When the kittens are about 2 years of age they will have to leave the care of their mother. However, the mortality rate is very high between starvation, predators, and other acts that occur in nature. It can be very hard for many of them to make it to maturity. The larger that the Cougars get though the better chance they have of surviving.

The lifespan in the wild for a Cougar if they do live those crucial first couple of years ranges from 8 to 13 years. This is compared to 20 years for those that are born and raised in captivity. Due to the high mortality rates there have been programs that take the young from the wild and raise them at sanctuaries and zoos. That way there is going to be a population increase. 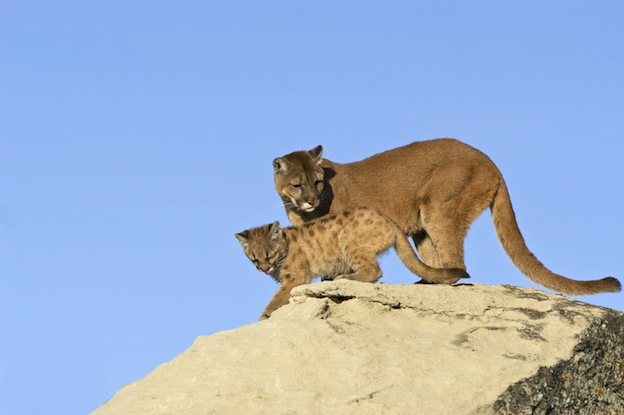 There are areas where the young Cougars are taken and sold. There are people around the world that love the Cougar and they find it to be very interesting. They want to be able to own such an exotic pet. They like they idea of having something that no one else does. They also have the idea that if they raise it from early on they can domesticate it.

Many people have been able to do this but there are also instances where the owners are attacked. It can be very expensive to keep a Cougar due to the amount of food that they consume daily. They are also very powerful animals and so if one was to attack you there is very little chance you would be able to get away from them. There have been some hybrid mating in captivity between the Cougar and the Leopard too known as the Pumapard.